What is the Interoperability Directive?

How did EU interoperability legislation evolve?

⇒ With each Directive, the EU extended the scope of interoperability and strengthened the interlinking and technical harmonisation of the national rail networks with the aim of establishing an area without internal frontiers and therefore improved access and competition.

Directive 2016/797 extends the scope of interoperability whilst introducing a new streamlined and harmonised process for vehicle authorisation and for ERTMS trackside approval at EU level. For that purpose, ERA has been given an enhanced role as the European authorising entity and is developing several new tools and processes, such as:

The Directive applies to:

The Directive does NOT apply to (unless Member States do not decide otherwise):

What are the main changes? 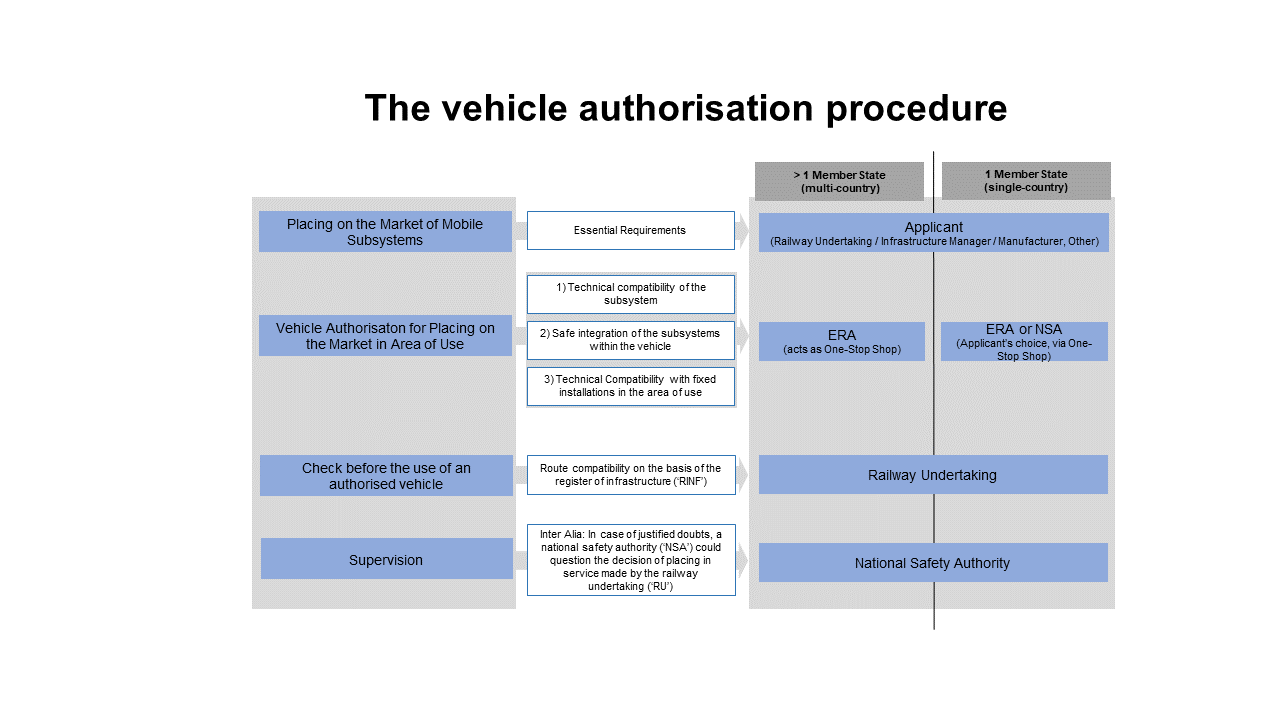 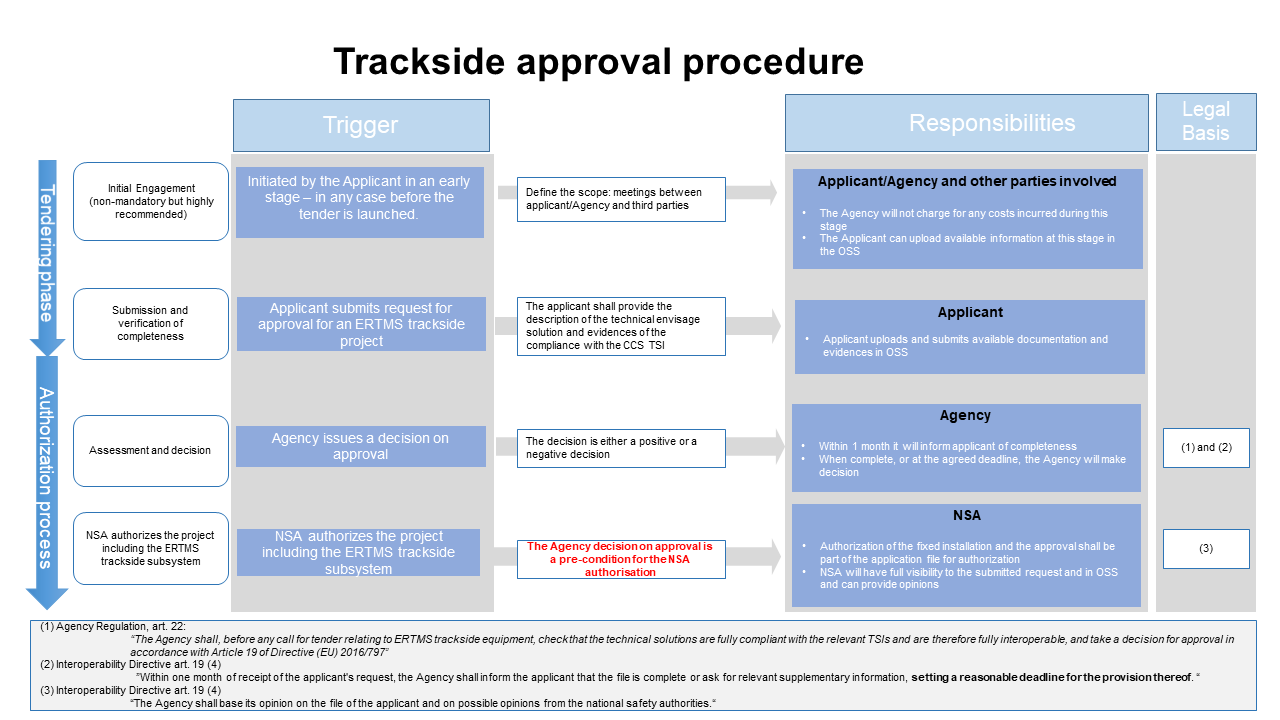 [1]     Directive 2016/797 stipulates that all applications, whether they are national or international, will have to be submitted and processed via the ERA IT tool. This will then also involve cases which are handled by national actors only (i.e. the NSA and the national applicant) for national vehicle authorisations. This will imply that NSAs review their processes.

Will there be a transition period?

Article 55 of (EU) 2018/545 sets out the transitional provisions for the new regime. These are of particularly importance for all pending applications with NSAs and their further processing by the ERA from 16th of June 2019 onwards, in particular the practicalities for transferring applications and the acceptance and processing by ERA of those parts already assessed by the NSAs.

In addition, ERA has to sign a cooperation agreement with each national safety authority (NSA).

Which role will NSAs have in the future?

The future cooperation between NSAs and the ERA will require cooperation agreements to be signed, audit tools to be approved and NSAs to agree with the usage conditions of ERA’s application tool (OSS), the appeal processes and the fees & charges related to authorisations and approvals.

How much will the new procedure costs?

The ERA Regulation foresees that the Agency will charge for the services provided under the Interoperability Directive. The rules for fees and charges are laid down in Commission Implementing Regulation (EU) 2018/764.

What is the role of the Appeal Body?

What are the next steps?